For information about requesting a letter of reference, please click here.

I am an international historian interested in international organizations, 20th century global trade, the British Commonwealth, Canada’s engagement in world affairs, and global order.  When I was a student, diplomatic history focused on the most powerful nations, the pursuit of power, and conflicts and wars. But I was always interested in the efforts of people, groups and governments – including those of smaller countries - to cooperate.  Those interests have guided my research for the last twenty-five years.  In my first book, Redefining the Bonds of Commonwealth 1939-1948 (2002), I explain how Canadian, Australian, New Zealand and South African independence was advanced during the Second World War by redefining partnerships and expectations in the British Commonwealth.  In Parties Long Estranged (co-edited with Margaret MacMillan, 2003) the contributors examine the interactions between and parallel developments of Canada and Australia, two self-described middle powers that are often relegated to footnotes in histories of international affairs.  In A Global History of Trade and Conflict since 1500 (co-edited with Lucia Coppolaro, 2013), the contributors examine how the pursuit of trade has sparked violence, coercion, repression, conflict, and wars.  More recently, Dominion of Race (co-edited with Laura Madokoro and David Meren, 2017) examines the impact of race-thinking on Canada’s involvement in world affairs.  My work has also been published in The Journal of Imperial and Commonwealth History, The International History Review, Journal of Cold War Studies, and International Journal, as well as in edited collections.

In my latest book, GATT and Global Order in the Postwar Era (Cambridge University Press), I explore the institutional and international history of a significant but incompletely understood organization through case studies of the Cold War, the EEC and regionalism, agriculture, and development.  I explain how economic and political factors and objectives defined trade policies, relations, and negotiations, explore the dynamic between nationalism and internationalism, show that the liberal order was progressive and conservative, fluid and rigid, and demonstrate that there were multiple and competing visions of global order. Read More about GATT and GLOBAL ORDER in the Postwar Era here and here. The working title of my next research project is The World They Wanted and the World They Feared: Planning for Peace during the Second World War. It is a collective biography in which I examine how influential individuals outside of government imagined, and planned for, a new and better future after the war.

As a teacher, I stress the importance of asking questions and independent thinking. These skills serve students well in and out of the classroom.  History matters for its own sake, but it also matters to the present and future.  The physical, social, cultural, intellectual, political and diplomatic worlds in which we live are accretions of the past, although the layers are not always visible. History also confers legitimacy, shapes identities, and justifies government policies and individual decisions. There is no single interpretation of the past, but history can be abused and misused.  Studying history allows us to ask questions about our communities, societies and world, to see why and how change has occurred, and to reflect critically on the many ways people make sense of the past today.

I teach first year classes, graduate seminars, and all levels in between.  Recently, I was part of the teaching team in HIS1810 – Wars that Changed the World. I lectured on the Napoleonic Wars and the Second World War.  I am involved in the undergraduate program in International Relations.  I regularly co-teach the capstone seminar – IR4702.  At the graduate level, I teach the course on professional development for second year doctoral students.

I supervise M.A. and Ph.D. students whose research relates to international trade, international relations, Canada’s international history, and the history of the British Commonwealth. I welcome inquiries from students interested in post-graduate study at Western. 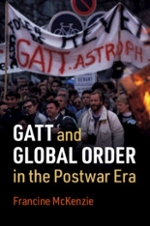 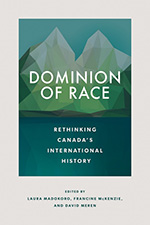 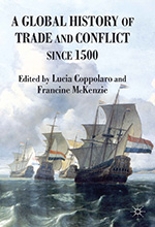 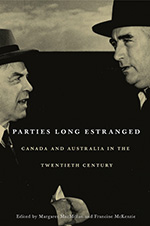 (2018) ‘A New Vision for the Commonwealth: John Diefenbaker and the Commonwealth Tour of 1958’ in J. Cavell and R. Touhey, eds, Reassessing the Rogue Tory and His Times: New Perspectives on the Diefenbaker Era in Canadian Foreign Relations (University of British Columbia Press), pp. 25-44.

(2017) ‘Where was Trade at Bretton Woods?’, in G. Scott Smith and S. Rofe, eds, Global Perspectives on the Bretton Woods Conference and the Post-War World Order (Palgrave Macmillan), pp. 163-180.

(2013) 'The Last Ditch Defender of National Sovereignty at Geneva': The Realities Behind Canadian Diplomacy During the Ethiopian Crisis’ in G. B. Strang, ed., Collision of Empires: Italy’s Invasion of Ethiopia and its International Impact (Ashgate), pp. 165-184.

“Race and Canada’s International History: Identity, Interests, and Interactions”, a workshop sponsored by the Weatherhead Centre for International Relations, Harvard University, 1-3 May 2013.

"Unpeaceable Exchange: Trade and Conflict in a Global Economy, 1000-2000." A Joint Workshop Between The University of Western Ontario and the Instituto de Ciências Socias. ICS - University of Lisbon. 16-17 July 2010.